Your problem is that you’re not happy being sad.  But that’s what love is – happy sad … Sing Street, 2016

I see a lot of Conor ‘Cosmo’ Lalor in me. Well, I did not form a band to impress a girl, not really at least, although that would be an apt piece to complete the jigsaw of tragedy that my teenage life sometimes was. But I most certainly would’ve entertained the thought that being in a band would help me meet more girls. Nothing of the sort happened of course.

Music, or more specifically being in a band, empowered me with a purpose that was far more relevant than anything I saw around or more importantly, in me, at the time. I was an awkward unpopular boy navigating through the treacherous den of fundamentally insecure bullies and sub-temperature test scores. I was basically a teenage vagabond, a flag without a country. 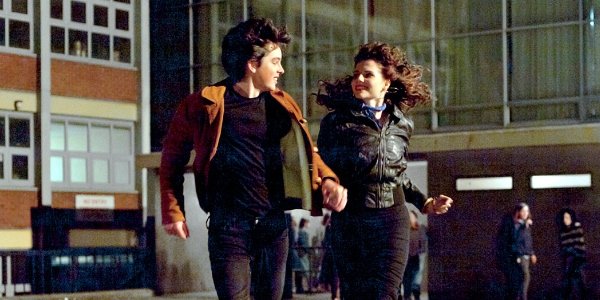 Whenever the valleys of teenhood purposed to drown me in its intent, I found solace in the redeeming embrace of power chords and rickety practice studios that smell of stale saliva and day-old cigarette buds. It felt like I was an unnoticed trespasser in an adults-only club while the antagonists of my existence were caught up playing seesaw at the playground. They could no longer touch me. They could no longer hurt me.

Most people my age can offer a warm smile at a movie like this. I did. It reminded me of a time when I was able to draw silly conclusions from things that would not make sense to me now. That sense of wonder about a life ahead of you and just how unafraid you are of the coming consequences.

The world stands bewildered by the events that unfolded on Nov 8. But really, it shouldn’t be.

We wrap ourselves up in these social cocoons where we are often vindicated, encouraged and supported by people who share the same world views as us. Some of us have immersed ourselves so much into these cocoons that we have convinced ourselves that this is the world and that there is no reality outside this. That a reality where someone would be insane enough to think that an obviously misogynistic/Islamophobic glam-loving raging bull would be a good fit to be the leader of the free world cannot possibly exist.

But it clearly does. As such, the unthinkable has happened. Well, it’s only ‘unthinkable’ to people who are exactly like ‘you’ really. At some point the Democrats’ campaign got so entrenched in their own reality, one that clearly shone so brightly on social media, that it forgot that there was a huge world out there that was never going to appear on your daily media feed. The reality they chose to invest in probably formed a large portion of 46.9% of eligible voters who decided not to vote, waving off the remaining demographics who sat outside of their reality, leaving them to just basically ‘do the right thing’. They did. Well, for them at least, and we have what we have today.

We publicly post our discontentment for subcultures we abhor, people we dislike or a situation at the parking lot in the morning and await justification from our rabid followers about just how right you were to do/say what you did and how wrong the other person was for doing what they did, even though in some cases it may be completely unjustified. We then gorge on these comments like little hungry despots until we’re obese from haughtiness.  This has become most of ‘our’ reality. It’s mob mentality, but all worked through a stained qwerty keyboard.

The irony is staggering. That a platform that really has enabled us to acquaint ourselves so much more with diverse communities around the world has instead made us a lot more boxed-in. But that’s human nature. We always have a knack of finding the weakest joints in every perfect machine to send it crashing into insignificant useless pieces.

I find discussions on morality without the presence of an immovable, incorruptible good, pointless. We can all agree that not many of us and the systems we govern would dare stand on that unblemished morality line given our track record as a species. So that leaves us with what exactly? Common sense? Well that obviously did not work out so well on Nov 8.

There is really no good or evil in this world, not in the truest definition of those words. What we often have are differing opinions between parties and how strongly one party can convince the rest that it understands the plight of all but that its stand is still the right one. It’s the basis of politics, really.

Beyond this world however, that’s another matter altogether …

It struck me over the weekend as I was sitting on a rigid and stained plastic chair, with lunch properly passed and the afternoon lull setting in with a roar, which is to say it struck me on the head like a frisbee tossed from my blind spot.

I’ve been thinking a lot about the concept of motivation in recent weeks, about just how powerful it really is and how much more effective the human race would be if it came packaged with an on/off switch and a joystick to point it towards where you want it to go. But alas, motivation behaves more like a herd of wild horses – unsaddled, uncontrollable with the unbridled power to clear new paths or destroy strong existing structures.

Secular dogma would state that the lucky among us are the ones whom our motivation and ambition have decided to flirt with each other. Oh, to feel like you are barrelling towards your desires like the Falcon in lightspeed. The rest of us mortals have to contend instead with an existence where our ambition is more likened to an unloved and underappreciated wife who is trying mostly in vain to rouse her sluggish couch potato husband, motivation, on to his feet.

The intrinsic/extrinsic dichotomy is the popular discussion when it comes to motivation. As card-carrying citizens of the human race, we have always been sold the spiel that while we need both to an extent, intrinsic motivation is probably the more stable, mature and balanced brother of the two. In more recent times, as we move excitedly towards increasing individualism, we have all but damned extrinsic motivation to hell as the horned and tailed sibling who is looking to strike you when you are at your weakest.

But yet the basis of most religion is quite the opposite. The concept of an all-knowing, all powerful God has always represented an anti-thesis against our conclusions regarding the intrinsic/extrinsic dichotomy. If anything, religion encourages us to be more extrinsic with our motivation, by trusting God, because intrinsically we are flawed beings. It probably makes sense that people should make themselves the central protagonist of their philosophical short films, while religion would seek to put God as theirs.

But I realised over the weekend that logic dictates that our motivation to do something has to be anchored towards the most unshakable thing in our universe, because that’s the only way to ensure the sustainability of our efforts in reaching our goals. Man believes itself to be the most unshakable thing, therefore it suggests that motivation should come from within. Perhaps that’s why no matter what culture or ethnicity, there always seems to be a quest to find God. That immovable standard of morality that anchors our beliefs and motivates us towards goodness. Because deep, deep down inside we know that if we anchored it on ourselves, it would be led to ruins by the fickleness and weak-mindedness of men.