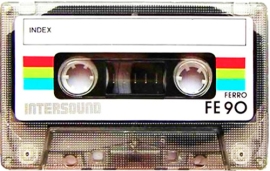 Can we realistically make our Mondays feel like Fridays? I spoke with someone recently who remarked that people at his workplace are actually glad they are back in the office after a long holiday. It’s apparently a relief. But for a lot of us, our relationship with work is at best on an ‘agree to disagree’ ceasefire. At passable, it’s a monster under the bed we’ve since learned to ignore. Many people have long forsaken the pursuit of that career utopia, to make work feel like a party that you get paid to do.

But let’s assume I have not given up on that pursuit, that I want to still latch on to the coattails of that thing I am passionate about and to soar into eternal career bliss – what is that one drug for me? I’ve actually not given it much thought before. I’ve answered ‘writing’ in recent times, but that’s me being frustratingly pragmatic and unimaginative. After all, out of all the things in this world that I love doing, writing is probably the most logically marketable. But let’s for the sake of resolution-less conversation chuck logic out the door for a bit and think blue skies and a blank sheet of paper – what is that one drug for me? The one thing that would make my Mondays feel like Fridays?

Nothing greases the gears more for me than sinking my teeth into a juicy-themed mixtape. I got into the art when I was 21, about the time I started driving. Radio was going through a lean phase in the early 2000s over here so I made tapes to drive to. They started rather unobtrusively, just batches of songs I loved. Then I started weaving in themes, from 80s hair rock to contemporary indie. It was an actual labor of love then. To get 60 minutes on a tape, you actually had to slave in front of a deck for 60 minutes. Blood must have blood. There were no shortcuts.

These days, the art is less of an art. The dawn of digital music took a lot of the gleam out of the activity. Dragging 60 minutes of music takes less than 60 seconds. Blood no longer needs blood. Which is probably why I still periodically make physical mixes of my favorite songs. I recognise there are more efficient ways to do that but I do it because I still enjoy the process, not just the outcome. I enjoy taking my records out, ripping the tracks I want, creating folders for them, labeling the tracks the way you prefer, etc. Ticking a few boxers on Deezer just doesn’t quite give me the same buzz.

I hosted a no frills 90s party in 2015 as a themed party/house-warming do. I tasked myself with creating a party playlist of 90s essentials. It was a month-long labor of intensive research and compilation. I ended up with over 10-hours of music for a 3 hour party. So I created a 90s mix disc as a party favor. I had so much fun doing it that I am almost tempted to throw together an 80s-themed follow-up just so I can compile another mix. I already feel quite excited about the prospect of doing that just thinking about it. I could go from Depeche Mode to Bananarama. It would be a riot.

Yeah, that would be my drug. If I could make a career out of constructing music playlists, work would probably not feel like work anymore to me and being back at work would certainly feel like a relief if I was away for too long. Until I figure out how to do that, I shall shake hands with that monster under my bed and try my best to ignore its occasionally distracting grunts.