Can we realistically make our Mondays feel like Fridays? I spoke with someone recently who remarked that people at his workplace are actually glad they are back in the office after a long holiday. It’s apparently a relief. But for a lot of us, our relationship with work is at best on an ‘agree to disagree’ ceasefire. At passable, it’s a monster under the bed we’ve since learned to ignore. Many people have long forsaken the pursuit of that career utopia, to make work feel like a party that you get paid to do.

But let’s assume I have not given up on that pursuit, that I want to still latch on to the coattails of that thing I am passionate about and to soar into eternal career bliss – what is that one drug for me? I’ve actually not given it much thought before. I’ve answered ‘writing’ in recent times, but that’s me being frustratingly pragmatic and unimaginative. After all, out of all the things in this world that I love doing, writing is probably the most logically marketable. But let’s for the sake of resolution-less conversation chuck logic out the door for a bit and think blue skies and a blank sheet of paper – what is that one drug for me? The one thing that would make my Mondays feel like Fridays?

Nothing greases the gears more for me than sinking my teeth into a juicy-themed mixtape. I got into the art when I was 21, about the time I started driving. Radio was going through a lean phase in the early 2000s over here so I made tapes to drive to. They started rather unobtrusively, just batches of songs I loved. Then I started weaving in themes, from 80s hair rock to contemporary indie. It was an actual labor of love then. To get 60 minutes on a tape, you actually had to slave in front of a deck for 60 minutes. Blood must have blood. There were no shortcuts.

These days, the art is less of an art. The dawn of digital music took a lot of the gleam out of the activity. Dragging 60 minutes of music takes less than 60 seconds. Blood no longer needs blood. Which is probably why I still periodically make physical mixes of my favorite songs. I recognise there are more efficient ways to do that but I do it because I still enjoy the process, not just the outcome. I enjoy taking my records out, ripping the tracks I want, creating folders for them, labeling the tracks the way you prefer, etc. Ticking a few boxers on Deezer just doesn’t quite give me the same buzz.

I hosted a no frills 90s party in 2015 as a themed party/house-warming do. I tasked myself with creating a party playlist of 90s essentials. It was a month-long labor of intensive research and compilation. I ended up with over 10-hours of music for a 3 hour party. So I created a 90s mix disc as a party favor. I had so much fun doing it that I am almost tempted to throw together an 80s-themed follow-up just so I can compile another mix. I already feel quite excited about the prospect of doing that just thinking about it. I could go from Depeche Mode to Bananarama. It would be a riot.

Yeah, that would be my drug. If I could make a career out of constructing music playlists, work would probably not feel like work anymore to me and being back at work would certainly feel like a relief if I was away for too long. Until I figure out how to do that, I shall shake hands with that monster under my bed and try my best to ignore its occasionally distracting grunts.

I think it was Betty Davis who said old age is not for sissies. But it was Tolstoy who said the biggest surprise in a man’s life is old age. Old age sneaks up on you, and the next thing you know you’re asking yourself, I’m asking myself, why can’t an old man act his real age? How is it possible for me to still be involved in the carnal aspects of the human comedy? Because, in my head, nothing has changed … Elegy, 2008

Long weekends have a way of breeding a complacency concerning the time I have at my disposal, mainly that I have a lot of it when nothing could be further away from the truth. It’s like being given a whole box of Jaga Pokkuru potato snacks. It’s a hedonistic pleasure party until you’re down to the last pack. Then you start appreciating the abundance you had at the start, right about the time when it’s too late. It’s south side of the human condition, the firestarter for most human-related tragedies. The idea that no matter how far we see ourselves away from mortality’s line, still we end up being sucked into its gnarly jaws. The commodity that’s tradable is merely more time.

I watched 499 minutes worth of films over the weekend. I rarely watch films with an agenda in mind, treating them more like thought massages, a less strenous activity for my restless mind to indulge in just to rejuvenate. But there was a unifying theme to the movies I picked out over the weekend – fear. All good drama evidently requires a fear  component, the threat of losing something, for the tale to be really worth the yarn. 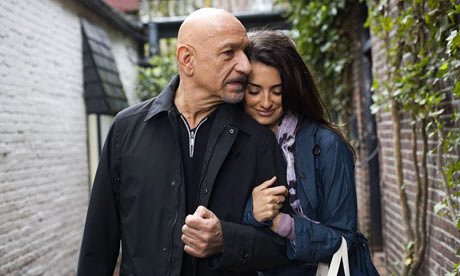 But among the more obvious fear totems on display, the one that struck the closest eerie chord to my soul was not the 4,000 pound shark. That totem is easily banishable. I merely need to stay on land and it becomes completely irrelevant. I think we sometimes forget that many of our fears are temporary, and more importantly, self-inflicted. That back-breaking mortgage that’s been keeping you up at night was really not inflicted by the heavens, no matter how you may feel that it was.

Mortality, or a fear associated with it, is not something we can simply ‘stay in land’ to avoid. We’ve built an existence around managing its eventual appearance but it finds even the best of us, the most athletic, physically attractive or financially secure. Perhaps it’s the common line that God created to at least bring the entire species, from the strong to the weak, to the table occasionally for a conversation.

I am not afraid of growing old. I have accepted that my knees are no longer able to endure a leap from the top of my front gate when I forget my keys. I’ve found a way around that, just carry a spare in my wallet. That’s not the eerie chord that the film struck in me. Instead it is the fear that I am not growing old in commesurate to my age. Like David Kepesh in the film, it sometimes feels like ‘in my head, nothing has changed’.

I do recognise that human maturity is not a biological condition but a product of our environment. Basically, we change when we have to. Presumably there is often a corelation between our age and the responsibilities we take on that often drives our need to mature according to society’s expectations. I don’t think I’ve had to ‘change’. No marriage or kids yet to remind me that the rules of life have changed dramatically. In my mind, I still see life governed by the same game rules as it did 10-years ago. It’s not that life has not slugged me down with a few right hooks. It has. But I’ve not adjusted my ring strategy. I’m still using the same ones that worked well for me when I was younger, and naturally it’s getting increasingly hard to put up a good fight, or better yet, win.